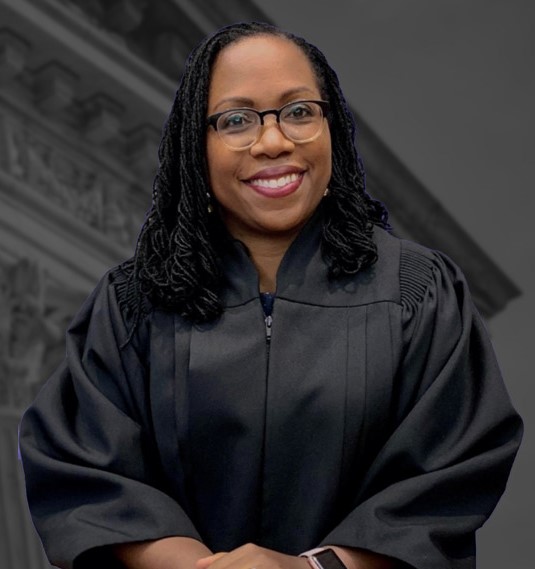 A quick Google search for the definition of racism yielded these results:

prejudice, discrimination, or antagonism by an individual, community, or institution against a person or people on the basis of their membership in a particular racial or ethnic group, typically one that is a minority or marginalized

Similarly, a Google search for the definition of sexism spits out this:

prejudice, stereotyping, or discrimination, typically against women, on the basis of sex

OK, so it is not my intent here to argue against the way our society defines “race.” I have done that elsewhere in blogs addressing the false definitions employed by Critical Race Theorists. I do appreciate that Google’s definition added the phrase “or ethnic group.” Biblically, there is one race – human – but many people groups / cultures, ethnicities. But that’s not my point here.

Also, I am a bit surprised that Google’s definition of sexism does not immediately put forward some phrase like “gender identity.” But, that, too, is neither here nor there pertaining to the purpose of this blog post.

Rather, I merely mean to point out that prejudice based upon skin color or sex (a creational and biological category based upon the presence of either XX or XY chromosomes at conception), is still viewed as racism and/or sexism. While we typically think of “prejudice” in negative terms, it can also be enacted in a positive way. Affirmative Action and hiring quota systems serve as Exhibit A. In other words, to prefer or reject a person based solely upon skin color and sex is the essence of racism and sexism.

Now, I ask, was it not precisely racism and sexism that motivated President Biden to nominate Ketanji Brown Jackson for the Supreme Court? He promised to nominate a black woman. He boldly declared himself to be a racist and sexist in the matter of choosing a potential Justice, and Democrats and liberals cheered wildly! Well, I guess we can say at least he kept his promise.

Objections by various conservative legislators and Christian leaders to her nomination had nothing to do with her skin color, or her biological sex. I am not saying that somewhere out there among Republicans and Christians there is no one who needs to repent of the sin of partiality. Rather, I merely mean to assert that we have no good evidentiary reasons to think any of the senators or evangelical leaders opposing her nomination and her confirmation to the Supreme Court are actually racist or sexist. In fact, the questions they asked her dealt with her record as a judge, her rulings on cases, her views on pertinent matters being debated in our nation. In other words, they sought to examine her as Martin Luther King, Jr, would have wanted – by the content of her character as it has manifested in her actions and her words.

And by her record of rulings and her own words, she demonstrated herself to be imminently unqualified for the Supreme Court. Our Senate just confirmed the most leftist judge in the history of our nation! Her record on soft sentencing of child pornographers and child predators, and her words associated with those rulings, ought to have been more than enough to disqualify her in the mind of any sane and morally upright person. Even among the prisoners in state penitentiaries, pedophiles receive outcast treatment. Murderers find the pedophile repugnant! My point here is not an endorsement of murder, but rather to simply show how morally insane the rulings of Judge Ketanji Brown Jackson are, not to mention legislators and Christians who applaud her. Even hardened criminals know better.

As if the soft stance on abusing children were not enough, we confirmed a judge who refuses to say what a woman is. Can’t or won’t provide a basic definition to the word “woman.” Irony of ironies. She was nominated precisely because she is a woman! Here again, the fog of confusion enveloping our land in matters of simple creational and biological categories is dumbfounding. And now we have a Supreme Court Justice with a foggy mind on such rudimentary matters.

And her record on abortion is, well, an abortion of its own. She loves the blood of babies. We have no doubt how she will rule in the matter of the sanctity of human life as created in God’s image.

Far worse, however, is the pandering of pastors and evangelical leaders all across our nation. Thabiti Anyabwile tweeted out comments lauding Judge Jackson’s “character.” Hundreds of others have done likewise. Brent Leatherwood, the interim President of the ERLC of the SBC (my current denomination), tweeted, “Despite the philosophical and legal differences individuals like me will have with her, Judge Jackson’s confirmation is a history-making moment. We should appreciate it as such.”  Professor at Southwestern Baptist Theological Seminary, Daniel Darling, tweeted, “I disagree with her judicial philosophy but I celebrate the history of Judge Jackson’s appointment and am praying for wisdom and discernment as she serves on the highest court.”  These pastors and leaders are considered “conservative, Bible-believing evangelicals.” But one wonders.

In what way is her appointment a “history-making moment” worth celebrating? It’s definitely a history-making event, but should we laud it and appreciate it? Or should we decry it in the name of the thrice holy God? And Dr. Darling, you should be praying for more than “wisdom and discernment” for her. She needs to repent and believe the gospel! She needs to be saved from her sins and certain death and hell.

True Christian courage is a vanishing virtue in America. When prominent pastors and evangelical leaders are given opportunities to call their nation to repentance and faith in the only Supreme Judge of the Universe, the Lord Jesus Christ, they rush instead to say nice things that keep them in the good graces of the politically correct elite. Scared to death to be labeled a racist or sexist or homophobe. Or, worst of all, to be called “mean.”

I am not endorsing unkindness nor mean-spiritedness. But I am searching the evangelical Christian landscape for men and women of courage. Dare I say God is too? (Ezek 22:31)  I am not on Twitter and never will be (no doubt I would get banned on Day 1). But if I were, I think my tweet would have been:

The occasion of the confirmation of Judge Ketanji Brown Jackson to the Supreme Court is yet another manifestation that “sin is a reproach to any nation” (Prov 14:34). We just confirmed a Judge who is hard-hearted towards unborn babies, and soft-hearted towards child abusers. If “righteousness exalts a nation,” then her confirmation is more affirmation that the God of heaven is judging the United States of America as we plummet headlong on our forsaken, idolatrous paths to hell (Rom 1:18-32). It is not loving nor kind to endorse evil. Therefore, I urge upon you the words of Jesus Christ, “Repent or you will all likewise perish” (Luke 13:3). And again, “Repent and believe the gospel” (Mark 1:15). And again, “Whoever believes in Him is not condemned, but whoever does not believe is condemned already” (John 3:18). Join the Prophet Habakkuk in praying, “O Lord, in wrath remember mercy.”

Wait, is that too many characters? O well, just one more reason I don’t belong on Twitter.