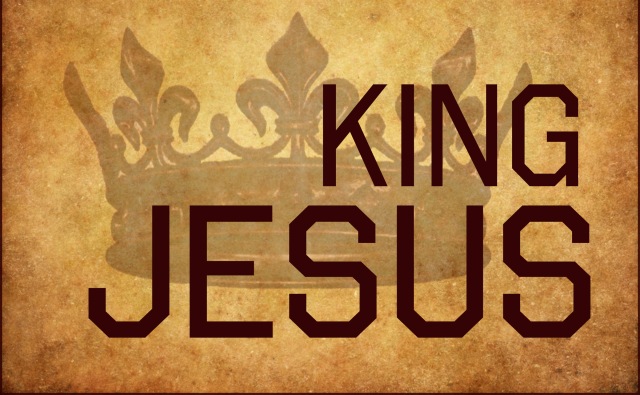 The last three weeks of preaching have been sheer ecstasy for me!  We circled our theological and devotional wagons around Colossians 1:15-20. Any Christian who is not immensely and deeply blessed by drinking up this high Christology may not actually be a Christian.  If God the Father’s eternal purpose is to ensure His Beloved Son has preeminence in all things, then how could our purpose and goal as believers and as churches be otherwise?

Competitors to King Jesus’ Headship over His Church in America have never been more prevalent.  Back in March, when our governments began insisting churches and everything else shut down due to a virus with a 98% survival rate, I seemed to be in the minority even of my pastor friends when I vehemently protested.  I was, frankly, shocked at how many pastors simply acted as if the government was acting perfectly within its rightful authority.  But I barked then, and am still barking that the government, whether local, state or federal, has no jurisdiction or authority in the Church of Jesus Christ!  Alexis De Tocqueville warned Americans in the early 1800s that whatever rights or freedoms they gave up to government, they would not likely ever get them back.

Was he right?  As Governors all across this land take steps backwards to lock everything down again, what will churches do?  As Governors and local health departments and mayors tell Christians to stop assembling, to wear masks if they do assemble, to stay six feet apart, to not take communion, to not baptize, to not eat together, to not sing, to not visit the sick, to leave the elderly alone, what will churches do?  Having already caved to this Marxist madness, I am not sure anything we do at this point will make much impact; for we already proved we are more than willing to cede authority that only rightfully belongs to King Jesus to King COVID.  I mourn for the anemic condition of the Church in America. And I pray for churches who are standing firm in obedience to the Lord Jesus to be sustained by the Holy Spirit, and to be willing to pay whatever price is necessary to submit to His Lordship alone.

We are being offered a new gospel.  The State is now offering to rescue us from . . . wait for it . . . the State!  The wrath unleashed upon us by government, literally destroying the livelihoods of millions of Americans, will be alleviated by the government graciously giving us money.  Or, in some circles, medical science will save us from what medical science has done to ruin us.  And in the meantime, we seem to have forgotten the urgency of the only true gospel – that God saves us from His own righteous wrath by the sinless life, the substitute death, and the powerful resurrection of His Son, the Lord Jesus Christ.  And unless our neighbors repent of their sin and believe this gospel, all the “safe, socially distant” measures in the world won’t help them in the end!

Sadly, millions of former church-going Christians (or at least those professing to be so) have taken the bait.  Barna Research recently released a study which surveyed church-goers over the months of April and May https://www.barna.com/research/new-sunday-morning-part-2/?fbclid=IwAR2fS4Q0gyaeCP-NOLjGSb_Gth_O1XYIt_gsvKugIBsplHQrTjVu4yKS9iU.  This study found that 1 in 3 former church-goers did not bother to stream their own church’s or any church’s “online worship” service. For two months!  They just stopped altogether. And they do not seem eager to return to in-person gatherings either.  In other words, they have been in a 4 month long state of disobedience to King Jesus.  It may be possible for a truly born again person to live in sin for four months, but nobody who takes the words of Christ seriously should bank on it (Luke 6:46).

Some of us saw this coming. And no, you didn’t have to be a prophet or have any special powers to predict this outcome.  There’s a practical side to it. Stop anything for 4 months and it is excruciatingly difficult to crank that habit back up again.  But more importantly, I think, there is a theological side to it. The question at the bottom of it all is “Who will be King?”

All these surely have their place in society.  But none of them make good Kings.  None of them can ultimately save.  None of them can bear up under the title “Messiah” or “Lord.”  And if we do not decide right now to shake off these idols, we may well pay an everlasting price.

Though there is much to mourn, I also think it must be a good thing for Americans who profess Jesus as Lord and Savior to finally have to count the cost.  For pastors who have struggled for decades to purge church membership rolls of those half-hearted, non-committed professors of faith, well, God is purging for you.  And when God does something, it’s always done well!  Those left standing shoulder-to-shoulder, and those still visiting the sick, and those sitting in pews singing at the top of their lungs, and those still urging their neighbors to trust Christ, and those still risking something to love people in person, and those still soaking up the preached word from their pastor who is “among them” (1 Peter 5:2), these humble, obedient by grace, faith-fueled warriors may just turn our communities upside down for Jesus once again.  O God make it so!

And to the flock at Corydon Baptist which God has entrusted to me, your faith through these last four months has inspired me, and has brought great glory to King Jesus!  You dear born again believers have been answering the question – who will be King? – for months now with a resounding, “Jesus is Lord!”  What an honor and delight to serve Christ, to serve you, and to serve Christ with you.  The true Head of the Church is worth whatever suffering He has ordained for His body.  Let’s press on in His name!