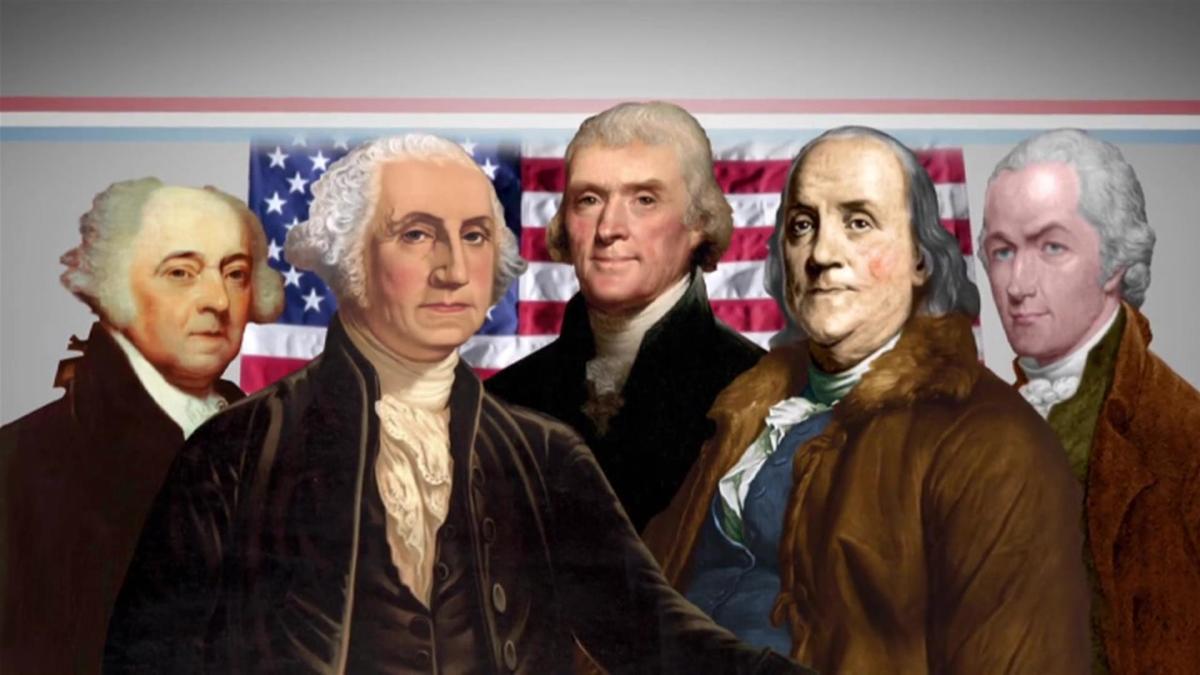 “America’s founders were all deists!”

Earlier this year, I heard a preacher make this very proclamation from the pulpit. It struck me as odd, because I happen to know this particular preacher is not lazy in his preparation. So, I had to assume this preacher had either bought into some historical revisionism, or had simply been negligent to fact-check.

Since the brother did not cite any source for his universal declaration that ALL of our Nation’s founders were deists, I really have no way of knowing where he read or heard that claim. I know he didn’t just decide on his own that this is accurate historically. He had to hear it or read it somewhere. But again, no source cited. So, I am in the dark as to how an otherwise diligent man of God becomes so convinced of what is patently false, and then declares it to his flock during a sermon.

To be sure, it has become popular to make such assertions about America’s founding. I remember an anthropology professor at Vanderbilt University saying our Founders were not Christian. It was the first time I had ever encountered this liberal, historical revisionism. This professor claimed our Founding Fathers were pagan rebel bigots, drunks, profligates, and so on. He likened them all to the gunslinging cowboys of the wild, wild west. Since I had actually read several writings of our Founders, I gave his hair-brained accusations no credence.

But in today’s culture, precious few students (and apparently pastors) are reading original documents. It is always easier to just parrot what some so-called expert claims. Or some YouTube influencer.

And that’s what disappointed me so about hearing this come from an otherwise solid preacher. He should have known better. Just because today’s authors are re-writing history with their books and articles and blogs, does not mean the actual writings of our Nation’s Founders have somehow changed. The writings of James Madison, George Washington, Thomas Jefferson, John Adams, John Witherspoon, Roger Sherman and others are very much still available to us all. And if one were going to prove or disprove the claim that most or all of them were deists, it’s a simple matter of letting them speak for themselves.

“The Founding Fathers were at most deists – they believed God created the world, then left it alone to run” (Gordon Wood, American Heritage Magazine).

“The God of the founding fathers was a benevolent deity, not far removed from the God of eighteenth-century Deists or nineteenth-century Unitarians . . . They were not, in any traditional sense, Christian” (Mark A. Noll, Nathan O. Hatch, and George Marsden in The Search for Christian America).

These quotes demonstrate how easily anyone, even a well-meaning pastor, might fall into this trap. But there is real history, based upon original texts and the writings of the men-in-question, that put these claims to the test. One such work of disproving these historical revisionists is the book Did America Have a Christian Founding by Mark David Hall. I commend it to you.

Hall uses the writings of the founders themselves to show how ridiculous it is to say they were deists. Hall shows that even Thomas Jefferson’s writings demonstrate that one would be hard-pressed to squeeze him into a traditional deist camp. Jefferson was no orthodox Christian, for sure. But neither was he a classical deist. Even the most “pagan” member of the Constitutional Convention, Ben Franklin, said, “God governs in the affairs of men.”

Whatever that is, it is most definitely not Deism!

Mark David Hall uses the writings of the well-known Founders, such as Adams and Madison and Franklin, to disprove the deist argument. But he also highlights the writings of many of the unknown and unsung Founding Fathers, as well. So many of them were Congregational and Anglican and Presbyterian and Baptist pastors, laymen, deacons, and churchmen. Jedidiah Morse was a Congregational Minister and the “father of American geography.” His son, Samuel Morse invented the telegraph. The elder Morse wrote:

“All efforts to destroy the Foundation of our holy religion, ultimately tend to the subversion also of our political freedom and happiness. Whenever the pillars of Christianity shall be overthrown, our present republican form of government, and all the blessings which flow from them, must fall with them.”

Hall fills his book with such quotes. He cites various sources that demonstrate the majority of the earliest colonists and Americans were Reformed Calvinists. The book most often read, cited, and quoted in writing in the early decades of American history was the Bible. Even their school text books, such as the New England Primer, were chocked full of orthodox, reformed Bible doctrine. Children in the early days of our Nation learned the ABCs by memorizing, “A – In Adam’s Fall, we sinned all.”

Indeed, the Founder’s belief in the Doctrine of Original Sin and Total Depravity compelled them to provide our Constitutional system of checks and balances, with three branches of government. One can hardly look anywhere in their writings without seeing the clear and evident influence of their Calvinistic, biblical faith. Whatever the majority of America’s Founders were, they were most certainly not Deists! They appeal repeatedly to God as Creator and Governor and Providential Ruler of all things. They write from the prevalent Puritan viewpoint of their times.

While our Founders were sinners, just like us, many if not most of them made direct appeals to faith in Jesus Christ alone as their only hope of salvation. Read their writings. These men were not Deists. Their robust Calvinistic Christianity influenced their view of everything, every aspect of life, including government and laws and wars and life, liberty and the pursuit of happiness.

This preacher is not down with current trends of America-hating. This preacher is not down with the 1619 Project, which is fake history. The United States of America, like all nations, is flawed. Governed by fallen sinners. But many of the very first Presidents, and Legislators, and Judges, all across this land, were robustly Christian and wrote from a biblical worldview. That’s actual history.

Don’t take my word for it. Read their writings for yourself. Or, get a copy of Mark David Hall’s excellent book where he will collate the original citations for you in a way that helps strongly debunk the myths now being promulgated in the halls of academia, in pre-school classrooms, and yes, even in pulpits.

I, for one, pray for God to send a revival of the very kind of Christianity captured in so many of our Founders’ writings. I pray for God to inflame our pulpits with the Doctrine of Whitefield and Edwards and Nettleton once again. I pray for God to give us government leaders that hold to the same worldview as Founders like John Witherspoon (Presbyterian Minister) and Roger Sherman (Puritan Congregationalist) and Roger Williams (Baptist). O God, awaken our Nation once again to the great Reformation truths held to by so many early Americans:

That mankind is dead in sin and therefore may only be saved by God’s grace alone, through faith alone, in Jesus Christ alone, to the glory of God alone. This we believe because our authority is Scripture alone.

God doesn’t need America. But America needs God. And I am praying for the Lord to keep mercifully employing this Nation to send the Gospel to the very ends of the earth. For His name’s sake. Amen.

For further study and consideration: