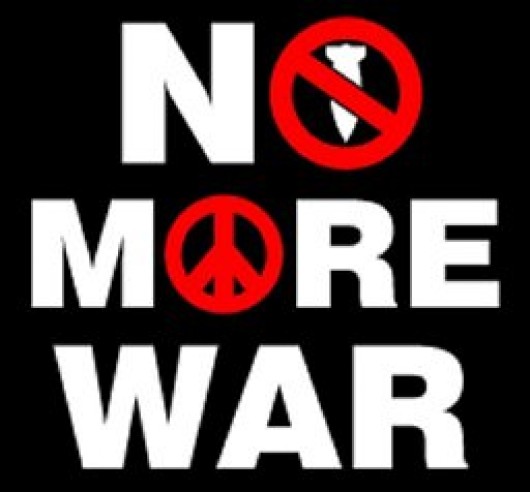 “He shall judge between the nations, and shall decide disputes for many peoples; and they shall beat their swords into plowshares, and their spears into pruning hooks; nation shall not lift up sword against nation, neither shall they learn war anymore” (Isaiah 2:4).

For my faithful few readers out there, you know that I try to resist the urge to blog as quickly as possible about whatever is in the 24-hour news cycles.  I think far too many pastors and Christian leaders and bloggers reverse James 1:19 and are quick to speak, and slow to listen.

The plethora of opinions inundating Twitter and the blogosphere regarding the 6-day old war between Russia and Ukraine serves as Exhibit A.

How quickly we jump onto whatever wagon the mainstream media is pulling.  How lightning fast we are to parrot our favorite politicians or political party lines in a matter in which, if we’re honest, most of us are very ignorant.  How many of us have actually read up on the history of Russia and Ukraine?  Have we educated ourselves for years on the complexities of the relationships between these two peoples and nations?  Do we actually know what was happening on the borders of Ukraine in the months and years leading up to the present conflict?  What role has our own government played in it all?

From what I can gather, for many years the government of Ukraine has been a puppet.  It’s just a matter of who pulls the strings.  Russia?  Or Europe / US?  And from what I gather, the government of Ukraine as it has existed for decades has not been nor is it now an actual democracy.  Seems Kiev, like Moscow and Washington, D.C., is rife with corruption.  Jeremiah 17:9 is true not just of our lost, pagan neighbors, but also of our lost, pagan leaders.  It really is hard to know who or what to believe anymore when it comes to world events, isn’t it?

To be sure, I have been formulating some thoughts on the present war in Ukraine.  As a former Captain of United States Marines, and an unashamed patriot, I rarely find myself thinking America should just stay out of the conflicts around the globe.  Truth be known, our government is very likely already involved in ways we could not fathom, and that might shock if not disgust us, long before these kinds of wars break out.  Neither do I, though, think we should commit our troops to every conflict around the globe.  But, it might be worth noting that the US Government did in years past promise to defend Ukraine if they would agree to denuclearize.  I wonder if the Ukrainian people are learning now to distrust the US Government as much as I am / do?  I mean what are we all to make of Climate Czar John Kerry expressing more concern for the climate change agenda than the men, women, boys and girls being slaughtered?  We’re being led by evil people who hate God!

However you come down on these matters politically, what seems clear is that a weak America hurts the world.  An America under judgment from Almighty God surely means more suffering for the peoples of the world.  And an American Church under His judgment is a dim city on a hill for the believers of the world.  Consider the irony (hypocrisy?) of two years of feckless prominent evangelical Christian voices berating us so-called “Christian Nationalists” only now to hear those same voices wildly idolizing the Christian Nationalists of Ukraine.  We’re in trouble, dear Americans.  All of us. Christian or not.

An American military more intent on inculcating tenets of Critical Race Theory and ensuring women fight our wars is really in no position to defend much of anything.  A US Government that systematically drives out more conservative and overtly Christian soldiers, sailors, airmen and Marines, is ever-bit as insane as Putin.  An America that flirts with drafting our 18-year-old daughters is out of its mind. An America that wants a LGBTQ+ military, and spineless Generals who refuse to tell the truth on these issues as it pertains to actual combat effectiveness, is doomed to implode. National and State and Municipal governments all across America that handle peaceful protests with Police crackdowns are tyrannical.  And Christians who support such tyranny and encourage believers to vote more of them into office are at best horribly misled, and at worst, spiritually deceived.  Our freedoms come from God, and we ought to derive as much of our law as possible from God’s Word as well.

Am I the only one struck by the scenes of courageous Russian citizens publicly protesting Putin’s war only to be arrested, sometimes beaten, imprisoned and silenced by military-style law enforcement?  It is now impossible to discern where such a scene is occurring.  Could be Canada. Might be Australia. London or Paris. Moscow or Beijing. Portland or New York City (unless it’s a BLM riot, of course, in which case it’s totally unthinkable for the police to crack down).  O dear Christian, the corruption of human governments is pandemic.  Freedom Bell’s ring is growing fainter by the day.

To be sure, my heart goes out to both the peoples of Ukraine and Russia.  I hate war. I cannot bare to see the scenes of suffering now splashed across every screen. I pray daily for God to end this war quickly and with minimal loss of life.  I pray for the warriors on both sides who are having to engage in mankind’s most horrific act – mass slaughter of their fellow man.  The emotional, physical, mental, economic and spiritual toll of war is nearly unspeakable.  I pray especially for my brothers and sisters in Christ in both Russia and Ukraine.  Imagine every man in your church family taking up arms to wage war against the invading army now blowing up your city or village.  Imagine most of the women and children in your congregation fleeing for their lives, living as scared refugees, hoping for safety in a foreign land.  How now shall you do church?  O God have mercy!  Use their witness to raise up gospel beauty from these sinful ashes.  Get glory to the Name of Jesus, as only You can, even in and through this hellish atrocity.

Our only refuge, our only hope, is that Jesus is Lord.  God still rules over the affairs of men. God still builds up and tears down nations. God still sets the boundaries of all peoples.  And God still saves sinners by the Spirit’s application of the bloody cross work of Jesus Christ to those who believe.  The most wicked act of mankind was nailing the spotless Son of God to a tree. And look what God has done, is doing, and will do in and through it!

We long for the day when men will learn war no more.  We long for the only perfect government available in the whole universe – the Absolute Monarchy that is the cosmic consummated end-time rule and reign of King Jesus.