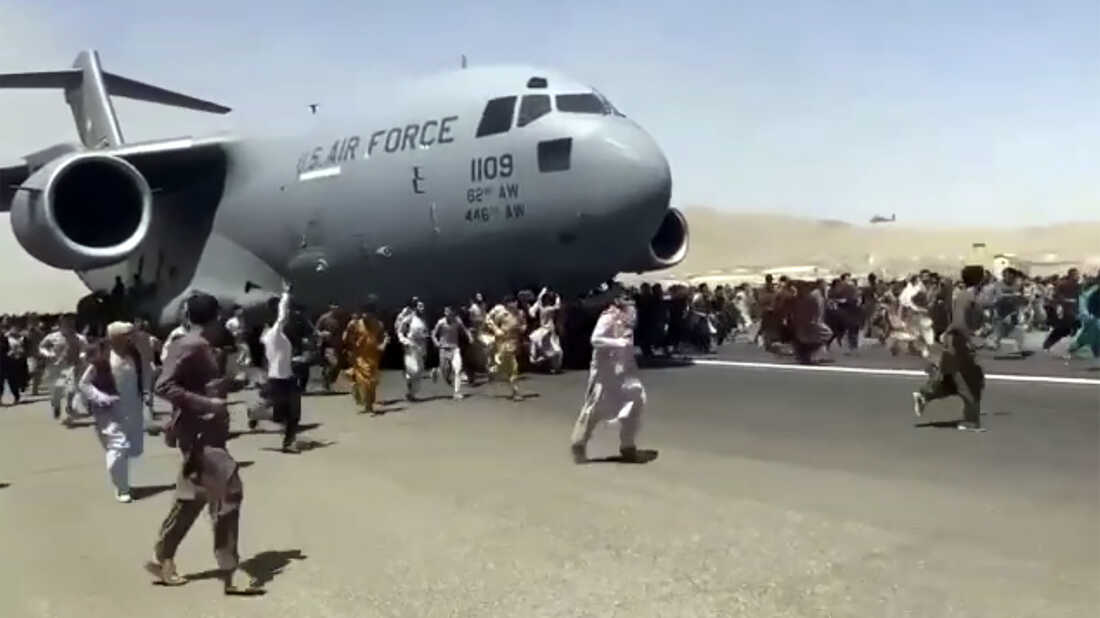 This famous lament was uttered by David upon receiving the news of the death of King Saul and his son, and David’s best friend, Jonathan.

It seems a fitting epitaph for what we Americans have witnessed over the last few weeks.  The military retrograde and evacuation of citizens and allies from Afghanistan has been embarrassing, to say the least.  So many of us veterans hardly know what to think.  We could not believe our eyes.  The whole thing has pulled scabs off so many wounds.  Earlier this week, I stood and teared up with a fellow pastor who served in Vietnam.  The hurt is palpable and indescribable to those who have not experienced the military life, not to mention actual combat.  To know that those 11 Marines, 1 Soldier and 1 Navy Corpsman were slaughtered right beside their warrior buddies is too much to stomach.  We grieve with their families, as well as the hundreds and thousands of grieving families in Afghanistan.  For all the President’s talk of success, it looks much more like defeat.  Dare I say Divine judgment?

I have no intent to go on an angry rant.  God is sovereign. Period. May we trust Him, even in the midst of absolute chaos.  And I want to say that in some ways, the evacuation was amazing.  The numbers of people airlifted out successfully by our military (and many other organizations and people) are astounding.  Given the hand they were dealt by those at high echelons of command in our nation, our troops, as always, acquitted themselves with distinction and honor.

It has been almost surreal to me to watch my old boss (then LtCol Kenneth F. McKenzie, Jr.) giving regular briefings on various news outlets.  General Frank McKenzie, Commander of Central Command, was known to me during my two years working directly for him as a Supply Officer (1997-99), as a man of integrity.  His military IQ was stratospheric.  His grasp of military history and tactics was impressive.  We all knew he was destined for great things in the Corps.  So, I cannot believe that the “plan” we have watched unfold in the last two weeks was actually his plan.  The General McKenzie I knew was way too smart to entrust American lives to the Taliban, and would have rather taken severe beatings than to leave any Americans behind enemy lines.  I have to believe he just did the best he could, like all our troops, with the horrific situation he was put in by the President and his administration.  And maybe one day, when Gen. McKenzie is comfortably retired, we may hear the truth, or at least some of it.  One thing’s for sure, I have been praying for him diligently, as I cannot imagine being in his shoes.

Well, friends, I don’t have much more to say.  I really do not know what to think.  Throughout Israel’s history in the Bible, God routinely gave them leaders after their own hearts.  And, God often used wicked nations to punish Israel for spurning His grace and blessings.  Read the Minor Prophets.  While I know America is not Old Covenant Israel, I am inclined to believe the Omnipotent Lord of all Creation does not change, and still governs the world the way He always has.  God alone raises up nations, appoints rulers, and also brings them crashing down (Daniel 4; Revelation).  God’s judgment upon Israel took hundreds of years to play out.  We Americans can only hope the Lord is as long-suffering with us.

We are getting what we deserve, at least in part.  The fact that we are still a nation, still so blessed, still able to hear the good news of Jesus, the Savior of sinners who repent and confess Him as Lord, is clear evidence of God’s continued, ill-deserved, always-unmerited grace upon us.  Let’s go tell of Him . . . while we still can.

“Why should a living man complain, a man, about the punishment of his sins?  Let us test and examine our ways, and return to the Lord!” (Lamentations 3:39-40)