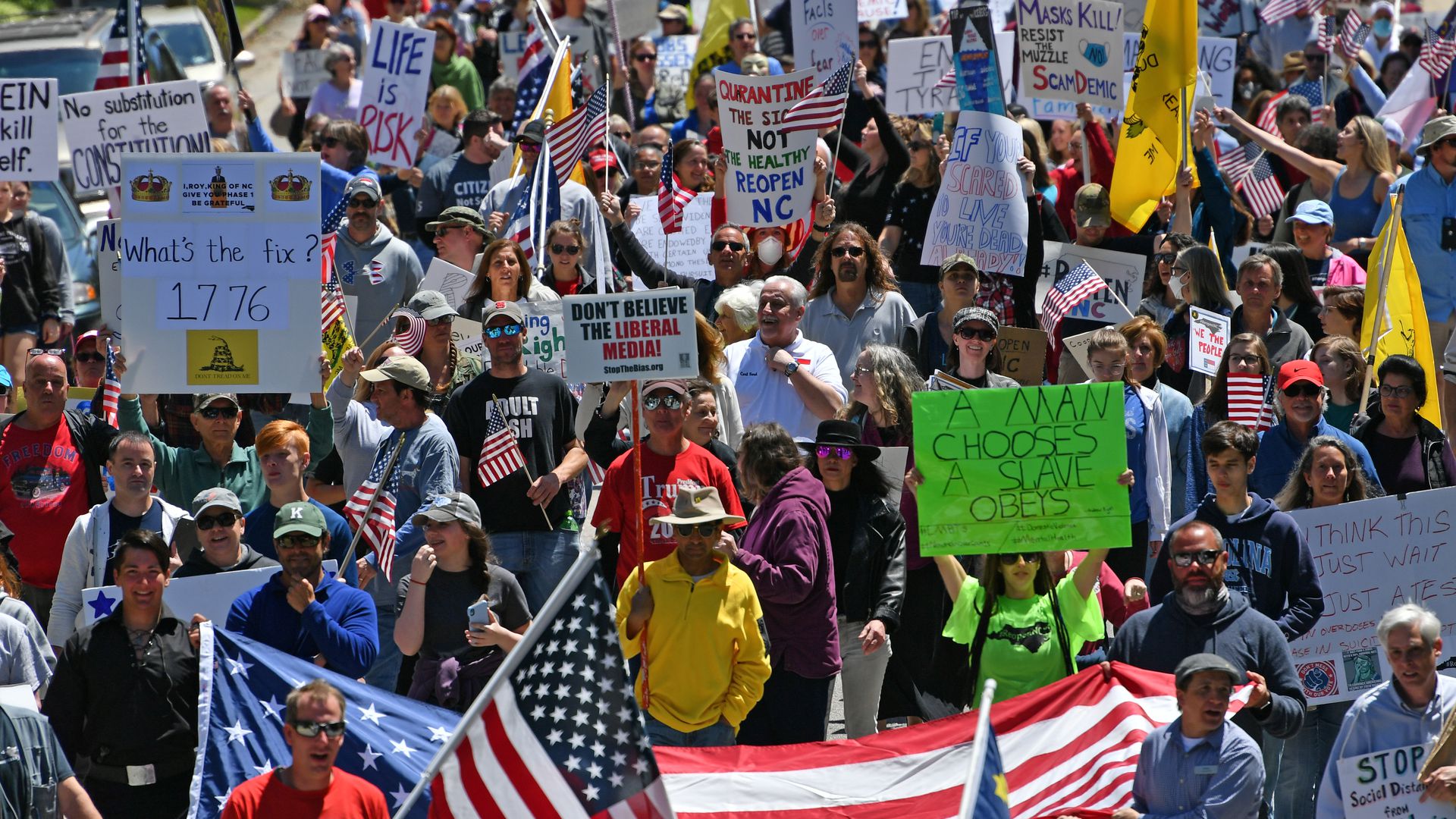 “But in the prophets of Jerusalem I have seen a horrible thing: they commit adultery and walk in lies; they strengthen the hands of evildoers, so that no one turns from his evil; all of them have become like Sodom to Me, and its inhabitants like Gomorrah” (Jeremiah 23:14).

In an all-too-common scene now in America, a peaceful protest turned violent in our Nation’s Capitol last week.  After months of what so many media outlets called “peaceful” protests foisted on American cities by Antifa and BLM, every single media outlet was quick to condemn yesterday’s violence as unacceptable lawlessness.  Southern Baptist leaders who last fall quoted MLK Jr, “A riot is the language of the unheard” in order to tacitly endorse the BLM violence, have forcefully decried the recent riot.  Dr. Russell Moore who leads the ERLC of the SBC called for the President to resign.  While I respect Dr. Moore as my brother in Christ and learned much from him when he was my professor at seminary, I am compelled to ask if Dr. Moore called for the Governors of Washington, Oregon, Pennsylvania and Minnesota to resign after BLM and Antifa riots and looting and murders overran their city streets?  Where were you, Dr. Moore when innocent business owners, many of whom are minorities, had to board up and shut down their livelihoods in Louisville, KY, in my own backyard?

Double standards are now our only standard, it seems.  Hypocrisy is now the crown of our Nation.

Don’t misunderstand me.  I am deeply saddened by the deaths and any injuries that happened at the Capitol Building.  I was also deeply saddened by deaths and injuries to persons and property during the BLM riots last fall.  My prayers are with suffering families, and our hurting Nation.  While conservatives have traditionally claimed the moral high ground, it is now painfully obvious that rage is consuming both sides of the political aisle.  We are all sinners, after all.  All in need of a Savior.  And it won’t be a President or Party.  It will only be Jesus Christ.

While not condoning violent riots, isn’t it still fair to ask if anyone in our media or broader culture or in our churches will assign the label of “oppressed” to those who stormed the Capitol?  If indeed “A riot is the language of the unheard,” then will anybody acknowledge that millions of Americans do, in fact, feel unheard right now?  And they’re from all skin colors, all ethnicities, all economic backgrounds.  Not everyone who attended the protest or scaled the walls of the US Capitol were maniacal anarchists.  This is the inevitable result of years of feeling unheard. Unrepresented.  Turns out white people can be oppressed too, contra Critical Race Theory!  Whether or not this election was fraudulent (and I, along with tens of millions of others think it was), the fact remains that our government had not the courage to do anything about it at all.  Nothing. Nothing to provide assurance to nearly 50% of our citizens who feel betrayed by our elected officials.  That’s a sure recipe for anger to boil over.  I mean, for crying out loud, based upon video evidence and testimony in various hearings over the last few months – suitcases of Biden ballots being pulled out from under tables, Republican verifiers literally locked out of polling places, thousands of Trump ballots found in dumpsters, election laws being changed last minute by those not legally authorized to do so, to name a few – I would argue this election in some states looked more like a Third World dictatorship than the United States of America.  And those who agree with me are being castigated and ignored by our own government, and even by those within our churches!

Again, I am not justifying the breaking of laws or violence against citizens or government officials.  I am simply crying out on behalf of a nation I love.  A Constitution I swore to defend from all enemies, both foreign and domestic.  It is obvious the majority of the enemies of our Constitution are now domestic.  They sit in our State Legislatures and National Congress and Cabinet positions and soon enough in the White House.  It is very hard to know how to defend the Constitution from these enemies.  The preponderance of evangelical and Baptist leaders, such as Dr. Moore, claiming there is never any justification for violence against our government is disturbing.  Since when did Baptists become Pacifists?  And if insurrection is never legitimate, then aren’t these leaders essentially claiming that America was illegitimate from the very start?  Our Founders did after all, take up arms against what they perceived as irreconcilable and irredeemable tyranny.  And many of them were devout followers of Jesus Christ.  This new understanding of absolute submission to a government (any human government) sounds more like Critical Theory than Bible.  Again, I stress that I am not claiming the riots of this fall or of last week were justified.  I don’t believe they were.  But neither do I believe that all acts of war or revolution against tyranny are indefensible, even from a Christian perspective.

I will leave the Theory of the Just War for another blog and another day.  But surely we all see the significant potential for more violence on our national horizon.  It seems inevitable as tyranny continues to strip freedoms, and as the visions for America become even more polarized.  And they will grow more polarized under the next administration.  The Biden / Harris ticket, and the Democratic Party platform to which they are beholden, enthusiastically supports:

Given the above, I genuinely have no idea how a Christian could have cast a vote for this agenda.  I believe such a vote was and is sinful, and should be confessed as such.  Yes, I realize some Democrats are pro-life and anti-socialism, like Tulsi Gabbard.  But she and her ilk are a tiny minority and the party platform is what drives the overall agenda.  And I realize some Republicans support godless ideologies as well.  But in my humble opinion, the Republican candidates nearly always represent the lesser of the two evils.  In the 2016 election, I was disturbed by then candidate Trump’s past so I wrote in a candidate that I knew would not win, but who also clearly stood for godly morality and government.  Under no circumstances could I justify a vote for the Democratic Party Platform.  In 2020, I voted for President Trump as the lesser of the two sinners. Too much swagger and popping off at the mouth?  Yes.  But in my mind, he was clearly the lesser by far of the two evils.  And, unlike most politicians, he was making good faith attempts at keeping his campaign promises, especially regarding the pro-life cause and the appointment of conservative Constitutionalist judges (which may just be a critical Divine mercy for the church in years ahead).  The dearth of truly God-fearing Presidential candidates as of late is itself a demonstration of Divine judgment upon us.  We ought to fear and tremble.

I realize this post will not gain me friends. It may anger some, maybe many Christians.  Some Christians are saying we should just stop talking politics for a while.  But abortion, racism, sexuality, gender, parental rights, and governmental tyranny are not primarily political issues.  They are first biblical issues.  Ethical issues.  Right and wrong.  So, I truly believe that unless and until Christians begin to repent for the way they so easily dismiss massive amounts of Scripture when they step into the ballot box, our Nation is doomed. Under Divine judgment. And rightly so.  “For it is time for judgment to begin in the household of God, and if it begins with us, what will be the outcome for those who do not obey the gospel of God?” (1 Peter 4:17).

May God forgive us through Christ our Lord for strengthening evil hands.  For endorsing evil.  And for justifying it in the name of keeping the peace.  We are worthy of death (Romans 1:32).  God have mercy.

Dr. Moore has often said and written, “We are Americans best when we are not Americans first.”  Amen.  Well said. On this we agree dear brother.  Right now, nearly every politician is saying “We are Americans first.”  So we need as Christians to hear Dr. Moore’s rebuttal of that philosophy.  Our ultimate allegiance is always and only to the Lord Jesus.  But we are also being forced to grapple with the reality that Americans no longer agree on what it actually means to be American.  And the best way forward is anything but clear.

On the bright side of things, there has never been a riper field for an evangelism harvest in America.  Go tell someone about Jesus, the Savior of sinners!  Even church-goers don’t know the true gospel of salvation by grace alone, through faith alone, in Christ alone.  So go tell.  Jesus is a living hope!  And do not forget that God is sovereign over every nation, and over every election. Even fraudulent ones.  One day every nation will bow to King Jesus.  One day earthly kings will bring their glory into the New Jerusalem, and they and their people will walk by the light of the Lamb (Rev 21).