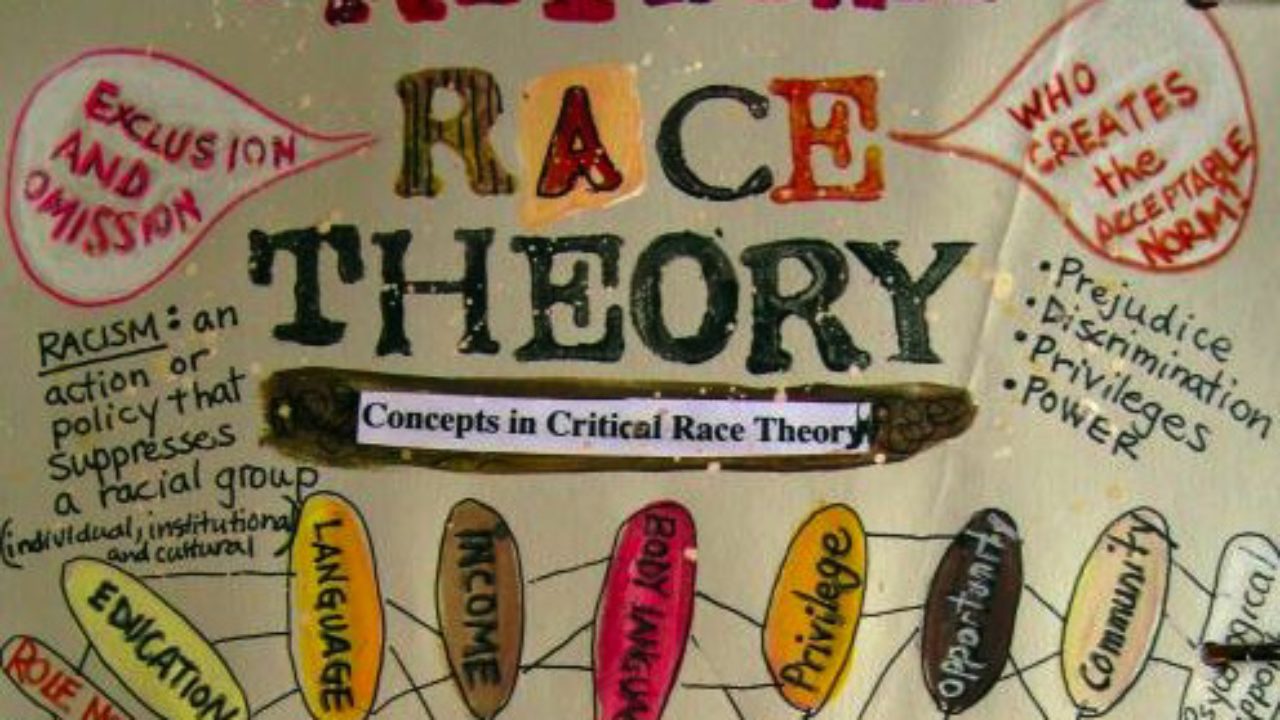 In the previous two posts, I have argued that the agenda and worldview of Black Lives Matter is not biblical.  It is anti-Bible and anti-gospel.  This is because it is based on Critical Theory, or Critical Race Theory.  The underlying assumptions of CRT ought to disturb any Bible-believing Christian, regardless of skin color.  For a quick overview take a listen:

Now, in some ways, I do think the BLM has allowed (perhaps encouraged?) their movement to be hi-jacked by ANTIFA.  I do not think most Americans who are showing sympathy for the mistreatment of black people support the violent methods of ANITFA (now rightly declared a domestic terrorist organization).  But friends, please hear me.  There has got to be an unmasking of these links, these connections that are fueling violent criminal activity and civil lawlessness and the attempted overthrow of our Constitutional Republic.  If BLM does not support such aggressive tactics or wants to distance itself from the mob attacks, then it should denounce ANTIFA and all violence immediately!  But as it stands, it appears obvious they intend to stay fully connected to (if not funded by) ANTIFA.  I pray that freedom-loving, law abiding Americans, Christian or no, will begin to implore BLM to cut ties to any groups advocating or committing criminal acts of rioting, looting, murder or vandalism.  Denouncing crime is not, and should not be something that is difficult for any of us to do regardless of our skin color or ethnicity.  Listen to what Lt. Col. Allen West has to say in this short clip:

If evangelical Christians of all skin colors and all denominations do not wake up to the underlying worldview driving this insanity train, we will all find ourselves marked out as Enemy of the Woke State which ANITFA seeks to establish once our Republic topples or implodes.  For those unfamiliar with the worldview of CRT, let me draw from my notes taken during a lecture given last year by Ryan Fullerton, Pastor of Immanuel Baptist Church in Louisville, KY.  Pastor Fullerton did a superb job of boiling down Critical Theory, in five statements:

In other words, it wants to be the lens through which people interpret the world and everything in it.  Critical Theorists claim they know what’s wrong with the world and how to fix it.  And in so doing, they set themselves up as rival kings to the One and Only King, the Lord Jesus Christ.  And their theory is bereft of biblical doctrine, biblical categories, and biblical truth.  It really is the age-old battle of man’s word versus God’s word.  Satan’s original strategy of “Did God really say?” has not changed!

Individualism dies when Critical Theory is embraced.  Now, don’t get me wrong.  I do not think everything about individualism is correct.  As Americans we have idolized individual choice and preference.  For example, the way most Christians view the local church is far too individualistic, so that whenever something doesn’t suit my preferences, I just leave and go to the next purveyor of personalized services (i.e., another local church) rather than obey God and “bear with one another in love” (Eph 4:2).  But what CT does is it subsumes all individual traits and identities into one of the two groups.  So, everyone on the planet, then, is either oppressed or oppressor.  It matters not that you, a white man in America, have a heart that by God’s saving grace in Christ embraces all peoples as worthy of dignity and love.  You must repent of racism simply because of your group identity (all white men are viewed by CT as oppressors).  But is the world really this simple?  Are no white men ever oppressed? Ask the Scottish Covenanters or Irish slaves of yesteryear.  Pastor Fullerton noted that in setting up the world this way, CT teaches a new Doctrine of Original Sin.  That is, your sin is simply being born into an oppressor group and there just is no forgiveness for it, ever.  There is only a requirement for you to perpetually apologize to everyone for your “whiteness” or your “upper-middle-class-ness” or your “maleness” or your “heterosexual-ness.”  And then you must be fired from your job, even if you are truly sorry for your past sins and/or the sins of your oppressor ancestors.

If they meant liberation from the oppression of your sinful nature and your soul-deep rebellion against God and His Law, then we Christians could jump on board!  But of course, Critical Theorists define oppression only in terms of the oppressor-oppressed continuum (see above paragraph).  CT proponents often cry out against any attempt to have the ideas of anyone they classify as “oppressor” determine law or become the norm of society.  CT hates hegemony, or the control or dominance of one social group or nation over another.  That is, of course, unless it’s their own ideas or “group” that dominates!  The self-contradiction and hypocrisy is palpable.  And the fact is, all laws reflect some group’s values.  The only question is which group’s values are reflected in our laws, and upon what authority?  In general, CT uses the fact that the United States was originally founded by white men, to then encourage all the laws and definitions that they embraced be cast aside.  An easy example is the definition of marriage as one man and one women, or sex as male or female.  For humanity to be saved, CT claims all use of hegemonic power must be abolished (except their own use of such power).  But Jesus came to set the captives free from sin (Luke 4:18-19; John 8:31-47).  If Christ came to establish or overthrow political oppressors, He failed miserably.  Make no mistake, one day He will return to establish His literal rule and reign over all the earth, but we dare not confuse His first coming with His second.  This is the classic error of the social gospel. “My kingdom is not of this world. If My kingdom was of this world, my servants would be fighting, that I might not be handed over to the Jews. But My kingdom is not of this world” (John 18:36).

If Critical Theorists, BLM and ANTIFA truly cared about the oppressed, they would be advocating for the US to use its military might to demolish the regimes of North Korea, China, Iran, Nigeria and Somalia, to name but a few.  Instead, they often support such regimes and seek to overthrow America!  If BLM hates slavery (and who doesn’t?), then why are they not throwing their millions at organizations on the front lines of the sex-trafficking war around the world?  If our American government is toppled, do we seriously think the world will be a better place?  And just what do we think ANTIFA and BLM would put in the place of our Constitutional Republic?  Utopia?  A godless Eden?

Now, please do not hear what I am not saying.  Christians have always valued sympathetic and even empathetic listening.  We value the last, the least and the left-out. Because our Savior did.  He touched lepers and was kind to prostitutes.  He healed the outcasts and saved them from their sins, bringing them into the only kingdom that lasts forever (John 9).  God chose Israel, the least of all the nations (Deut 7:7).  We must intentionally serve widows and orphans (James 1:27).  So yes, we need to listen to all the voices represented in our nation.  And our political system is gloriously geared to give all a voice through the ballot box and a representative form of government!  But friends, we must also strive to keep a godly balance as we hear voices.  Is the majority voice always right?  No! But neither are minority voices. Rather, what we need is to seek to bring ourselves under the rule of One Voice – the very voice of God as expressed in His Word.  For only His voice is always right.  Our personal life experiences, valuable and meaningful and worthy of sympathy as they may be, are not ultimate.  CT makes life experiences ultimate truth, which inevitably can only mean relativism rules (what’s right for me may not be right for you). The irony is they reject individualism as it pertains to the two groups / classes of oppressor-oppressed, yet embrace it in ethics!  CT’s brand of ethics is what some call “Ethnic Gnosticism.”  It claims that my group gives me a secret knowledge not available to those outside the group.  How does this lead to mutual understanding, empathy and true care for humanity?  If I as a white man can truly never understand or know anything at all about what it might be like to be in an oppressed class, then what motive do I have to listen or care at all?  Listen to this sermon for more on this topic: https://www.youtube.com/watch?v=Ip3nV6S_fYU

Seriously. Critical Theorists do not even hide it or apologize for it.  They want two standards. One for the oppressed group (as they define it) and one for the oppressor group (as they define it).  We are seeing this overt hypocrisy consume our society and culture at every level.  Do you like what you see and hear all around you?  If not, then you had better get “unwoke” dear Bible-loving, Christ-exalting Christian.  As Pastor Fullerton put it, “Jesus was an equal opportunity Convictor and Savior.”  Well, amen.

As our great Christmas hymn exclaims, “And in His name all oppression shall cease.”

And only in His name.