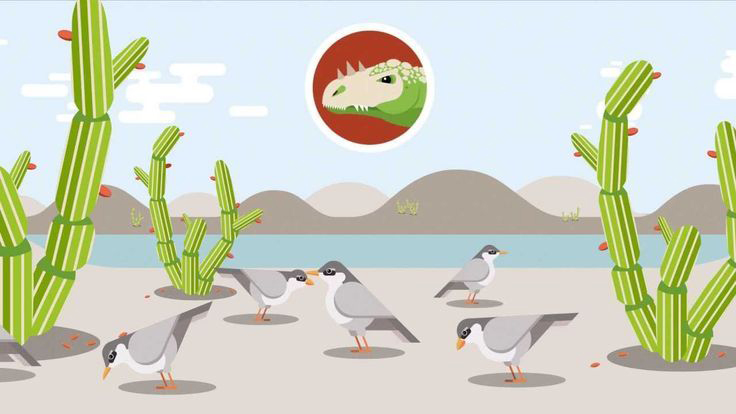 Earlier this week, on the CBS Morning Show, a segment featured a new book titled Darwin Comes to Town. The author discussed the thrust of a book in a segment you can see here:

While I am sure the author is a man of educational "letters," I just have to ask the obvious question: Where, pray tell, is any real evolution happening before our very eyes as you so boldly claim?

Decades ago Wendy's commercials asked, "Where's the Beef?"  Well, I am asking, where is the evolution?

What you will hear Mr. Schilthuizen present as evidence of "evolution before our very eyes" is the same old tired stuff of Darwin's Galapagos finches.  O look, finches' beak sizes vary depending upon rainfall amounts.  Yes, that's called "adaptation."  Not evolution.  When that finch turns into a non-finch of any kind, let me know.

You see, the way Darwinian scientists use the terms "adaptation" and "evolution" interchangeably is a sort of verbal form of the optical illusion.  They are hoping we mere mortals are dumb enough not to notice their semantics hocus-pocus.  They also use the word "evolution" to mean different things.  Sometimes they mean micro-evolution, among the same species, which is more often called adaptation.  In fact, Mr. Schilthuizen does use the term "adaptation" repeatedly but then shifts the whole paradigm by claiming adaptation among pigeons and lizards proves "evolution."  What he means is that because a lizard has adapted to an urban environment by producing more sticky substances on its feet to cling to concrete buildings, that somehow proves that we humans all came from lizards.  Because pigeons have adapted their feathers for shedding certain harmful substances in large cities, this shows before our very eyes that pond scum organized itself (after creating itself spontaneously) and became a fish which became a frog which became a monkey which became me.  But the pigeons are still pigeons.  And the lizards are still lizards.  Surely top scientists can do better than this if they are looking to convince me of molecules-to-man evolution?!

Adaptation within species does not and has never proven Darwin's theory.  It only proves God is a genius without compare.  He has created all creatures with amazing genetic variation that enables them to adapt to a plethora of environments and to survive many challenges that threaten their existence.

And the only reason we humans can even have these discussions on TV stations and internet blogs is because we, unlike any other creature, are made in God's image.  Give glory to the Creator!