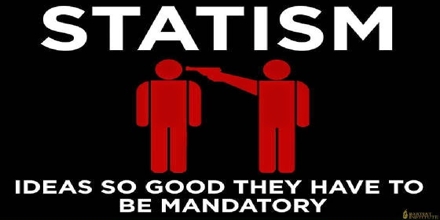 God has ordained government as the earthly authority with the power of the sword (Rom 13:1-7).  Governments are all accountable to the King of kings for how they rule (Dan 4; Rev 18).  Governments are beholden to God’s Word to discern good from evil.  The Bible is replete, however, with examples of earthly rulers and governments who refused to stay in their lane.  Kings who became tyrants. Governments who were godless.  The form of government matters, you see, because certain forms lend themselves more effectively to accountability before God and the citizenry.  The Doctrine of Depravity (mankind is inherently sinful, willfully wicked, and impacted in all his faculties by sin) warns us about placing too much authority into the hands of a single person, or a single entity.

Never in my lifetime have I seen so many governmental power grabs in North America and the Western World.  Never have I seen the rule of law, and the neglect of the Constitution, so endemic in our President and Cabinet members and Congress and Governors.  There are now so many blatant attempts to overthrow our system of government and dominate the everyday lives of citizens in the US that I can hardly keep track.  These are indeed perilous times.  When Big Tech and Big Business links arm with Big Government Lady Liberty is on the chopping block!

I recently came across a few quotes on my friend’s blog and found them to be an accurate diagnosis.  Pay attention to when (the date) each quote was written.

“In the anti-Christian perspective, the function of the state, first of all, is to represent men rather than God. The state denies the sovereignty of God and, in the name of the people, it asserts its own sovereignty. Second, the modern state declares itself to be a human institution whose function is to promote human welfare. With this pretension that human welfare in the broadest sense is the state’s concern, the state usurps the right of man to govern himself under God. The state becomes the totality of government, human and divine. Third, justice is now defined as meeting man’s needs and wants. From the days of the Roman Empire to the present, the road to statism has been the assertion that “the health of the people is the highest law.” In the name of the general welfare, the state institutes general tyranny and slavery. Justice is denied to the citizen and subject in the name of social justice, meeting the needs of men en masse. But social justice is not justice at all, because it is anti-personal. The requirements of justice are the requirements of the second table of the law, that man’s life, home, property, and reputation be respected in word and deed. Social justice denies the integrity of man’s life, home, property, and reputation in the name of classes of men, of men as a body, and men as a body means the state! Thus, social justice means the denial of justice because social justice is anti-personal. It is not the property of the individual, nor his life, home, and reputation which count, but the demands of a class as embodied in the state. And, since the state takes over the function of that class, whether the nobility or workers, the class itself loses all individual rights to the state. Social justice is always a paramount and central doctrine of statism, and the pretension to general welfare concerns is an instrument to power” (R.J. Rushdoony, The Politics of Guilt and Pity, 1970).

“Throughout the history of the Christian church, Christianity has always stood over against all forms of statism. Statism is the natural and ultimate enemy to Christianity because it involves a usurpation of the reign of God. If Francis Schaeffer was right — and each year that passes makes his prognosis seem all the more accurate — it means that the church and the nation face a serious crisis in our day. In the final analysis, if statism prevails in America, it will mean not only the death of our religious freedom, but also the death of the state itself. We face perilous times where Christians and all people need to be vigilant about the rapidly encroaching elevation of the state to supremacy” (R.C. Sproul, “Statism,” Sep. 1, 2008, www.ligonier.org)

In the end, followers of Jesus must rest in the promise of God, come what may:

“The kings of the earth set themselves and the rulers take counsel together, against the Lord and against His Messiah, saying, ‘Let us burst their bonds apart and cast away their cords from us.’  He who sits in the heavens laughs; the Lord holds them in derision.  Then He will speak to them in His wrath and terrify them in His fury, saying, ‘As for Me, I have set My King on Zion, My holy hill’” (Psalm 2:2-6).

The sage Psalmist still rings true to all who by grace will hear and heed:

“Now therefore O kings be wise; be warned O rulers of the earth. Serve the Lord with fear, and rejoice with trembling. Kiss the Son, lest He be angry with you and you perish in the way, for His wrath is quickly kindled.  Blessed are all who take refuge in Him” (Psalm 2:10-12).